Bidding for the port was conducted under the Insolvency and Bankruptcy Code (IBC) guidelines. The lenders to Karaikal Port met last week to approve APSEZ's offer, which will now be taken to the National Company Law Tribunal (NCLT) for the final approval, said the people. 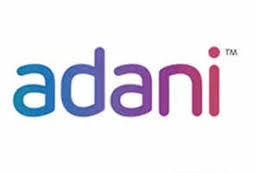 Adani Ports & SEZ Limited (APSEZ) has won the bid for Karaikal Port with a ₹1,200-crore offer that surpassed the one from rival Vedanta, said people aware of the development.

Bidding for the port was conducted under the Insolvency and Bankruptcy Code (IBC) guidelines.

The lenders to Karaikal Port met last week to approve APSEZ’s offer, which will now be taken to the National Company Law Tribunal (NCLT) for the final approval, said the people.

APSEZ and Vedanta declined to comment on the matter.

The 600-acre port, built under a public-private partnership between the government of Puducherry and Chennai-based MARG Limited, faced financial constraints which resulted in the outstanding debt ballooning to ₹3,000 crore due to defaults and delays in repayments.

The Adani Group, which has been scaling up its ports business, sees the southern port located in Pondicherry as a natural fit. Vedanta pursued the bid process because it moves significant quantities of raw materials and finished goods for its metals and mining businesses.

APSEZ is the largest port operator in India and owns 12 ports including Mundra Port, the largest private port in the country. The company recently acquired Gangavaram Port in Andhra Pradesh for ₹6,200 crore. The acquisition of Karaikal Port will be the first such acquisition under the IBC.

The port received initial bids from five applicants – JSW Infra, Jindal Power, APSEZ, Vedanta and a consortium of RKG Fund and Sagacious Capital. APSEZ and Vedanta eventually submitted binding financial bids whereas the others did not.

The NCLT admitted Karaikal Port for insolvency proceedings on April 29 and appointed Rajesh Sheth as the resolution professional to run the company till its debt resolution is finalised.

A group of 11 lenders, all of which are public sector banks or financial institutions, had originally sanctioned a loan of Rs 1,362 crore to Karaikal Port. The loan ballooned to its current size as interest and penalties were added following irregular repayments.