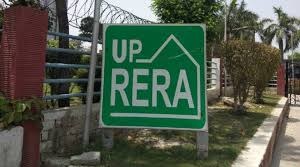 The Uttar Pradesh Real Estate Regulatory Authority (UP-RERA) has levied a cumulative penalty of over Rs 1.93 crore to 14 promoters over non-compliance of its orders under Section 63 of the RERA Act.

Section 63 of the RERA Act empowers the authority to impose penalties up to 5 percent of the cost of the project for non-compliance of its orders.

The promoters have been ordered by the authority to ensure that the penalty amount is deposited through a demand draft drawn in favour of the authority within 30 days.

Rajive Kumar, chairman, UP-RERA said, “The authority is taking the compliance of orders passed seriously in order to provide justice to the home buyers. In cases of violation of the order speedy proceedings will be taken to complete the hearing before the concerned bench of the authority, impose penalty and ensure recovery on the basis of the findings and recommendations of the bench.”

It was also decided by the Authority that if the concerned promoter does not pay the penalty within the stipulated period, then the recovery certificate will be issued and District Magistrate will be commissioned to recover the amount as arrears of land revenue.

“The penalty will be imposed on a daily basis under Section-63 of the Act. The increase in penalty amount at the same daily rate will continue to happen till the time the promoter deposits the penalty amount and ensures full compliance of the order of the authority,” added Kumar.

So far, a total of Rs. 5.86 crore worth of penalty has been imposed on 24 promoters.

The authority has previously sent Recovery Certificates against two promoters for a cumulative sum of Rs 1.47 crore which have already been sent to District Magistrate, Lucknow for recovery. This decision has been taken by the authority to punish the promoters who are continuously failing to comply with the orders, result of which the allottees are being denied their dues.