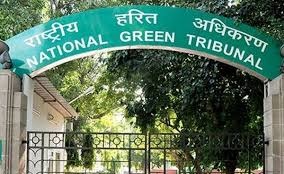 The National Green Tribunal (NGT) has taken serious note of the fact that despite the change in the natural course of the Siswan by Omaxe Chandigarh Extension Developers Private Limited in Mohali, the Punjab State Environment Impact Assessment Authority failed to even consider this aspect while granting environment clearance to project ‘The Lake.’

“Mere construction of a bridge may not be a solution in the circumstances. There is a need to further examine the matter with the assistance of an independent committee which may also visit the site,” reads the order released on Thursday.

The NGT has asked its pollution monitoring committee in Punjab, headed by Justice Jasbir Singh, former judge of the Punjab and Haryana high court, to look into the matter and suggest remedial measures by April 30. It ordered that this committee will be at liberty to take technical assistance from any other expert or institution, and also consider the viewpoint of the rival parties, including departments concerned. The committee has been asked to simultaneously upload its report about the remedial measures on the Punjab Pollution Control Board (PPCB) website so that the departments concerned and the Punjab chief secretary can access it for further action. In case there are objections to the report, those will be resolved by the NGT.

The Punjab chief secretary submitted through her affidavit that the work relating to the restoration of Siswan tributary to its original land width or capacity has been completed. She also submitted that the work relating to the removal of unauthorised embankment in the main river bed will be completed after the harvesting of standing crops with the help of local administration and police authorities.

But after going through the chief secretary’s affidavit and objections raised by petitioner Harminder Singh on the experts’ committee report filed earlier, the NGT observed that much more needs to be done to address the issue fully. The petitioner has submitted that the builder filled up the river course and raised construction in its bed at Bharonjian and Kansal villages, resulting in irreversible damage to the environment.

“The builder in question (Omaxe), has also put in an appearance. We have also considered the application filed by another builder-company, the PCB Real Estate Pvt. Ltd. seeking direction to restore river Siswan which has been illegally obstructed, affecting the inhabitants,” reads the NGT order.