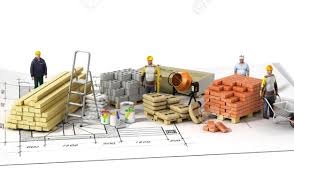 Chief minister Manohar Lal Khattar announced that, apart from revision of HSR, the government will also introduce reforms in the contract system that include online registration of contractors, payment of bills within 30 days, online evaluation and allotment of contracts to make the system more transparent and accountable.

The new HSR will become effective from March, and these would now form the base for inviting new tenders and evaluating work performance. The new HSR would also be revised every five years, said Haryana Shahari Vikas Pradhikaran (HSVP) officials.

HSR determines the prices that the government pays to contractors for purchasing raw material, such as steel, cement, bricks, etc, used in construction and other works.

Khattar, who made the announcement in Chandigarh, said that a new IT regime for tenders will also be introduced in the state from April 1, under which the contractors would have to get registered. Thereafter, they won’t be required to deposit a bid security. He also announced that the tendering process is being made digital, and the evaluation and allotment of work would also be made online. Under the new regime, the state government has also made it mandatory that bills submitted by contractors will be passed in 21 days and payment be made within 30 days from the day the bill is passed.

“The rates of cement, steel, bricks under the previous HSR were quite less despite the addition of premium. Although the premium was increased every three years, it was still difficult to manage the cost. Many items, required now, were absent in the 1987 list. As such, it was difficult for contractors to execute the work” said Khatana.

The contractors further said the online registration and stopping the condition of paying earnest money would greatly help them. “Earlier, the contractors were required to pay earnest money fees even before bidding for the tender. There has also been reduction in security deposit from five to two percent. All these steps will greatly help in boosting business and confidence in government contracts,” said Satender Thakran, who is a contractor with MCG, Gurugram.