GMC mayor Mrigen Sarania said the civic body has been able to recover about Rs 84 crore property tax since it began the drive last month. 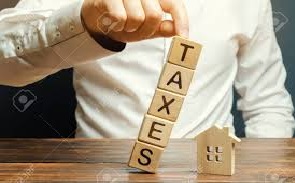 The Guwahati Municipal Corporation (GMC), which began a drive last month to filter out property tax defaulters within the jurisdiction of the civic body and recover the dues from them, is yet to retrieve around Rs 184 crore from about 1 lakh property holders.

Addressing a press conference here on Friday, GMC mayor Mrigen Sarania said the civic body has been able to recover about Rs 84 crore property tax since it began the drive last month.

“The city dwellers have extended their cooperation and have paid their dues. Around 1 lakh dwellers are yet to clear their dues. A waiver of 30% will be given to the tax defaulters till January 31. It was 50% till December 31 last year,” he added.

Sarania in December had said power supply will be disconnected if the consumers do not link it with property holding numbers and pay the dues by December 31 last year.

However, the announcement evoked strong reactions as linking holding number with electricity consumer number does not fall under the grounds for disconnection in the Electricity Act.