Construction of Bridge between Majuli & Jorhat Sanctioned by Central Govt 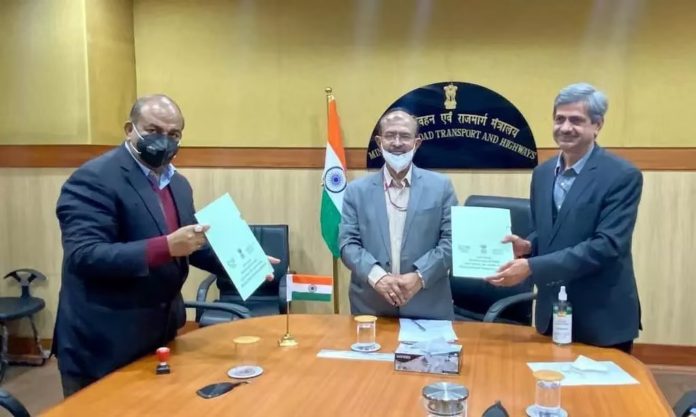 The Ministry of Road Transport and Highways (MoRTH) has sanctioned for construction of a major bridge over river Brahmaputra to connect the world’s largest inhabited river island Majuli in Assam amounting to Rs 925 crore.

The work has been awarded to M/s UP State Bridge Corporation Ltd. The length of the bridge will be 8 km. The project is estimated to be completed within four years.

“The project is being taken up to fulfil the long-awaited demand of the local public,” said MoRTH.

The bridge will provide connectivity between Jorhat and Kamalabari ghat of Majuli. As of now, people living in these areas rely on river ferries for transportation.
Assam Chief Minister Sarbananda Sonowal welcomed the initiative of the Central government. “The construction of one of the most important bridges over the Brahmaputra connecting Jorhat to the sacred river island Majuli is a great infra project for New India,” said Chief Minister Sonowal.

The Chief Minister’s Office took to Twitter to announce the project. They wrote, “Another great infra project for New India. Construction of one of the most important bridges over the Brahmaputra connecting Jorhat to the sacred river island Majuli, sanctioned by @MORTHIndia.”

The Chief Minister had earlier announced that the construction of the Jorhat-Majuli bridge would start by February 20.

The foundation stone of the bridge was laid by Union Minister for Road Transport and Highways Nitin Gadkari in 2016.

The 15th Finance Commission, headed by N K Singh, recommended the construction of roads and embankments in Majuli. For that purpose, the Commission granted Rs 1,095 crore for Majuli. The commission also recommended ₹300 crore for the development of the Kamakhya temple complex.