NOCs must to regularize construction under new impact few rule

​The state urban development department has clarified that applications without no-objection certificates from Real Estate Regulatory Authority (RERA), Ahmedabad Fire and Emergency Services (AFES) and health department will be rejected. 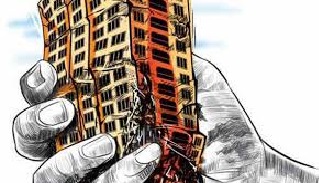 While the urban development officials have started accepting applications for regularization of illegal structures under the new impact fee rule, it comes with a rider.

The state urban development department has clarified that applications without no-objection certificates from Real Estate Regulatory Authority (RERA), Ahmedabad Fire and Emergency Services (AFES) and health department will be rejected. The state government had announced the new impact fee policy on October 17.

Sources said that in the rules laid out, the state government has stressed on provisions prescribed in Fire Prevention and Life Safety Regulations 2016, Clinical Establishments (Registration and Regulation) Act, 2010 and the Real Estate (Regulation and Development) Act, 2016.

Sources in Ahmedabad Municipal Corporation (AMC) said that residential buildings (taller than 15 meters) and all commercial buildings will have to take NOCs from RERA, AFES and the health department. This, to ensure that the buildings applying for regularization have fire exits, have installed fire equipment and there is enough space for the fire tenders to operate.

An AMC official who did not wish to be named said that the state government has started accepting applications for regularization of illegal structures, but the scrutiny is pending due to ambiguities. Any clarity will emerge only after the assembly poll, he said.

He said that the RERA and health department officials have been asked to ensure that there are no pending RERA related issues and that the hospitals and clinics have fully adhered to the Clinical Establishments Act.

MREAT orders promoter to pay back home buyers with interest