A total of 1.49 lakh property owners took advantage of the scheme till its deadline on Tuesday. The civic body has waived Rs211 crore of the penalty amount. 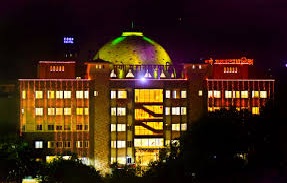 A total of 1.49 lakh property owners took advantage of the scheme till its deadline on Tuesday. The civic body has waived Rs211 crore of the penalty amount.

“The PMC’s income had reduced because of the Covid-19 pandemic. The civic body had introduced the scheme to ensure revenue generation. The initiative aimed at recovering property tax from those who had not paid it for years,” Hemant Rasane, chairman of the civic standing committee, said.

As per the PMC, around 10.6 lakh properties are in its property tax net. The number of properties increased in 2017 after the inclusion of 11 villages in the civic limits. Around 2 lakh properties were added to the tax net after the merger.

The civic administration has given the defaulters many opportunities to come forward and clear their dues, a PMC official said. The amnesty scheme was introduced a few times, giving a waiver on the penalty amount. The scheme started in October last year. PMC offered 80% discount in the property tax penalty, which was subsequently reduced to 75% and then to 70 %, the official added.

According to PMC records, around Rs4,500 crore were to be recovered from the property tax defaulters. This included Rs2,000 crore as principal amount and Rs2,500 crore as the penalty.