US engineer Jacobs has been selected to programme manage the project to build the greenfield Delhi Noida International Airport (DNIA) in India. 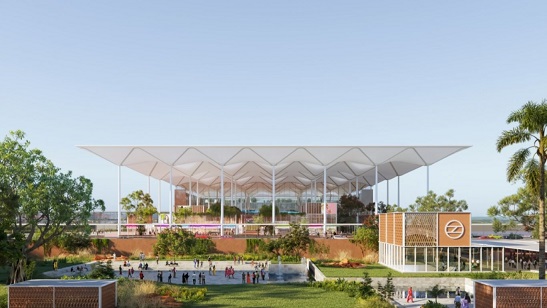 US engineer Jacobs has been selected as the programme manager for the greenfield Delhi Noida International Airport (DNIA) in India.

The Yamuna International Airport Private, a subsidiary of Zurich Airport International, which won the concession to develop and operate DNIA in 2019.

Zurich said it would invest some US$700m (CHF 650 million) in the first phase of construction, which it expected to last around four years. This phase will accommodate approximately 12 million passengers a year.

The second phase of the scheme will see a second terminal and runway built, increasing capacity to 30 million passengers a year.

Bob Pragada, Jacob’s president, commented: “Delhi is already one of the largest metropolitan cities in the world and it’s growing quickly. The airport will deliver much-needed aviation capacity for the city, helping to boost tourism, create jobs and support economic development in the region.”

He added that the airport would improve connectivity to cities in Uttar Pradesh, which is home to tourist attractions such as the Taj Mahal.

It will also alleviate congestion at the Indira Gandhi International Airport, Delhi’s sole international airport, which is expected to exceed more than 100 million passengers before 2030.

Christoph Schnellmann, Yamuna’s chief executive, said Jacobs would help his company build a fully digital airport that will be the first net zero emissions airport in its class, “setting a new standard for sustainable aviation”.