Madurai smart city projects on track, four to be completed in December

Corporation authorities submitted the progress details at a state-level meeting held in Chennai recently. “Officials at the meeting were satisfied with the progress,” said a corporation official. 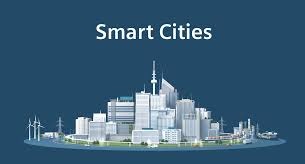 Corporation authorities submitted the progress details at a state-level meeting held in Chennai recently. “Officials at the meeting were satisfied with the progress,” said a corporation official.

Projects such as multi-level car parking, heritage development, tourist plaza, conversion of street lights into LED lights and solid water management at total cost of 136 crore are expected to be completed by December this year. Except for the heritage development project, remaining four projects are more than 90% complete.

Redevelopment of Periyar bus stand, Vaigai river front development, street scape redesign of four Masi Streets and construction of convention centres at Tamukkam with the total project cost of 324 crore are to be completed by March.

A higher official from the corporation said that other projects such as the construction of underground sewerage system in the northern part of the city and water supply augmentation scheme are on track. Integrated command and control centre proposed at the cost of 12.31 crore is the only proposed project, which is yet to take off. As the administrative sanction has been obtained, tender will be floated next month, he said.

“A team led by corporation commissioner S Visakan is conducting inspections at the construction sites at regular intervals. The projects, which are lagging, have been asked to speed up by involving additional workers. A few projects would have been completed by now had Covid-19 pandemic not hit,” he added.

Visakan told TOI that in a few months’ time, corporation will jump ahead in rankings in terms of progress as half-a-dozen projects would have been completed by then.