BMC allocates INR 700 crores for the construction of bridges 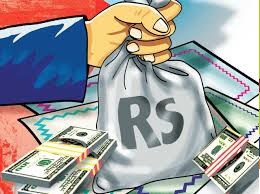 In a substantial development, Mumbai’s civic body, the Brihanmumbai Municipal Corporation (BMC) is to provide INR 700 crores to the railway administration for the construction of bridges on the railway line.

Moreover, the railway administration has demanded INR 700 crores from the civic body for the construction of pedestrian bridges on Central and Western Railway, Railway Bridge at Lower Parel, re-girding of Ferrar Railway Bridge and Byculla Railway Bridge.

Meanwhile, in view of the massive financial crisis due to the outbreak of the coronavirus, the BMC asserted to have spent only 48 per cent of its budget allocated in 2020-21 fiscal year on various development projects, however, several big-ticket projects such as waste to energy plant at Deonar, the Tansa cycling tracks, Mumbai Sewage Disposal Project (MSDP), Goregaon-Mulund Link Road (GMLR) are developing at snail’s pace.