Bengal chief secretary H K Dwivedi on Monday held a meeting with the district officials to ensure that construction of all the 11.3 lakh houses are completed by March 31. 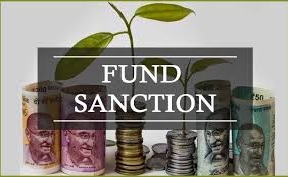 Bengal has completed sanction for the construction of almost 11 lakh houses in rural areas, which is nearly 97.4% of the target set up by the ministry of rural development within a month’s time. Centre had approved Rs 8, 200 crore for construction of 11.3 lakh dwelling units in Bengal at the end of November.

The figures are far better than some of the BJP-ruled states like Uttar Pradesh, Gujarat and Assam. UP has achieved 81.3% of the target, while Gujarat has achieved 68.4% and Assam 71% in PMAY (Grameen).

Bengal chief secretary H K Dwivedi on Monday held a meeting with the district officials to ensure that construction of all the 11.3 lakh houses are completed by March 31. The money for the construction of the houses will be released by this week.

The BDO and the district authorities have been asked to go for regular monitoring. It had been earlier decided that an ‘Awas Week’ will be organised between the 10th and 15th of every month between January and March during which there will be intensive inspection by the district officials. The beneficiaries building bigger houses in violation of the PMAY can be stopped during such inspections.

The officials said that they have been asked to keep adequate raw materials in stock to avoid delay in construction. They also need to check that the geo-tagging is done.

Construction up to the window sill needs to be completed within 40 days of disbursal of funds, an official said and up to the lintel within the next 35 days. The rest of the house has to be completed within the next 15 days. For quick completion of the houses, beneficiaries can buy their own raw material directly. Officials have been asked to see that there is no extortion during the purchase of raw materials, for which the BDOs would have to go on special visits.

The ‘Awas Bandhus’ will make special door-to-door visits. The DMs are required to review progress in various gram panchayats on a weekly basis, and also monitor daily reports of expenses and construction status. A ‘samadhan mela’ will also be organised to sort issues such as shortage of materials, labour payment, fund transfer and Aadhar linking of the bank accounts.