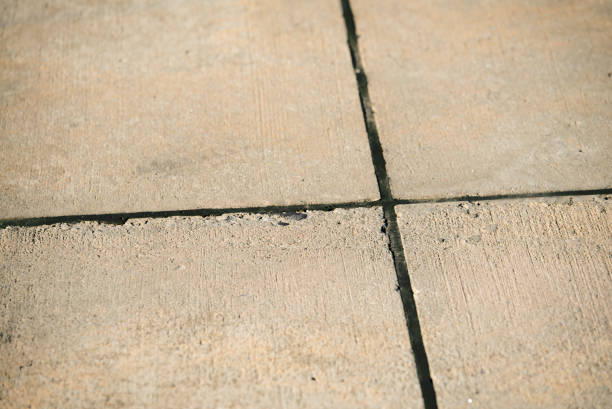 Joint is a separation provided in a building that allows it’s component parts to move with respect to each other; a joint where two placements of concrete meet. The purpose of a construction joint is to allow for some horizontal movement, while being rigid against rotational and vertical movement.

The need for joints in concrete;

The absence or improper use of a construction joint will lead to slab failure with continual defects and joint deterioration due to the relative horizontal, vertical and rotational strains and pressures. Continual vehicular traffic transferring over a badly placed construction joint will cause fracturing and spalling. Rectifying these problems afterwards can be very costly and in some cases the entire concrete slab may need to be destroyed and replaced. Using the patented Ideal Joint systems will offer long term benefits and cost savings for every slab-on-grade project.

Joints will be designated by a terminology based on the following characteristics: resistance, configuration, formation, location, and type of structure.

The prerequisite for joints in concrete

Given below are a few of the prerequisites that are needed to be maintained when applying joints.

Different types of joints in concrete

Concrete expands & shrinks with variations in moisture and temp. Joints in concrete slabs can be created by forming, sawing, tooling, & placement of joint formers. Different types of concrete joints are discussed below.

There are two types of construction joints.

Butt Joints: The simplest type of construction joint is a butt type formed by the usual bulkhead board. This joint is suitable for thin slabs.

Tongue and Groove Joints: Slabs can use a type of joint that resembles tongue and groove lumber construction. The keyway may be formed by fastening metal, wood, or pre-molded key material to a wood bulkhead. The concrete above the joint should be hand-tooled or saved to match a control joint in appearance.

Contraction joints are intended to create weakened planes in the concrete and regulate the location where cracks, as a result of dimensional changes, can occur. Contraction/control joints are placed in concrete slabs to control random cracking. A fresh concrete mixture is a fluid, plastic mass that can be molded into virtually any shape, but as the material hardens there is a reduction in volume or shrinkage. When shrinkage is restrained by contact with supporting soils, granular fill, adjoining structures, or reinforcement within the concrete, tensile stresses develop within the concrete section. Contraction joints consist of a region with a reduced concrete cross section and reduced reinforcement. The concrete cross section should be reduced by a minimum of 25 percent to ensure that the section is weak enough for a crack to form.

Isolation or expansion joints are provided to separate or isolate slabs from other parts of the building, such as walls & footings or columns; also driveways and patios from sidewalks, garage slabs, light poles or other points of restraint. Joints permit free vertical and horizontal movement between adjacent parts of the structure and help reduce cracking when these movements are restrained. An isolation joint is used to lessen compressive stresses that develop at T- and unsymmetrical intersections, ramps, bridges, building foundations, drainage inlets, manholes, and anywhere differential movement between the pavement and a structure (or another existing pavement) may take place. They are typically filled with a joint filler material to prevent water and dirt infiltration.

Seismic joints are wide expansion joints provide to separate portions of buildings dissimilar in mass and stiffness. The seismic joint coverage must allow movement, and be architecturally acceptable. The width of a seismic joint should be equal to the sum of the total deflections at the level involved from the base of the two buildings, but not less than the arbitrary rule of 1 in. for the first 20 ft of height above the ground, plus 1/2 in. for each 10 ft additional height. The determination of these deflections will be the summation of the story drift in addition to the building’s flexural deflection to the level involved. Shear wall buildings, being much stiffer, need a seismic joint only, say, half as wide, since the earthquake oscillations of shear wall buildings will be much smaller than those of framed buildings.

The detailing of joints is an important aspect of building design and this is provided by experienced experts only. Well designed and constructed joints will enhance both a building’s appearance and give the desired performance.