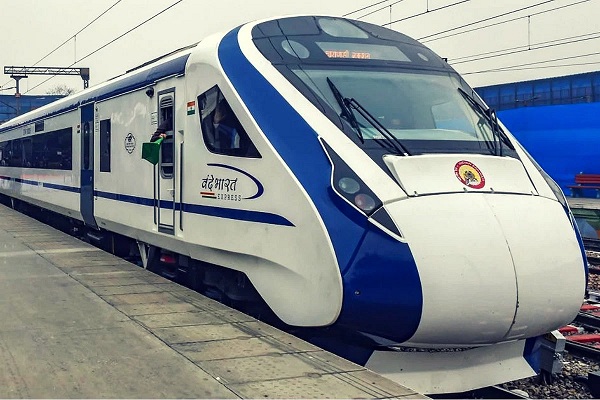 The ultra-modern Semi High speed train is equipped with state-of-art passenger amenities. During its inaugural run today, the HWH- NJP Vande Bharat Express will stop at 17 railway stations. It will take more than 20 hours to reach the destination.

The train will start its commercial run from the next month. On Thursday, the Ministry of Railways released the details containing the timing, stoppages and days of operation of the blue and white coach train.

During its journey between Howrah and New Jalpaiguri and vice-versa, the Vande Bharat Express will stop at three railway stations.

The train will ply six days a week except Wednesday. This semi-high speed train will take 7.5 hours to cover a distance of 600km. It will start its journey from Howrah at 05:55 hours and will arrive in NJP at 13:25 hours. From New Jalpaiguri, the train will depart at 15:05 hours to reach the destination at 22:35 hours.