A new window of 90 days has been opened, starting late May, for people to apply under the land pooling policy. Also, this period is to also allow setting up of a consortium for three sectors under the policy," he said. 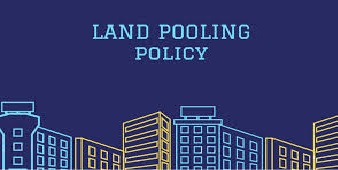 A 90-day window has been opened by the DDA for people to apply under its land pooling policy, official said on Wednesday. The portal for participating in the Delhi Development Authority’s (DDA) land pooling policy for 104 villages, was earlier open till December 24 last year, the government had informed the Lok Sabha earlier.

A new window of 90 days has been opened, starting late May, for people to apply under the land pooling policy. Also, this period is to also allow setting up of a consortium for three sectors under the policy,” he said.

The DDA had issued a notice to set up a consortium for three sectors across two zones, under the land pooling policy, the urban body had said on May 18. The validity of the notice will be 90 days from the date of issue.

The land pooling policy is based on public-private partnership towards pro-actively increasing economic opportunities and housing supply in a time-bound manner, and harnessing private potential through pooling of land parcels.

Under the policy, agencies will develop infrastructure like roads, schools, hospitals, community centres and stadia on the pooled land and return a portion of the plot to farmers who can later execute housing projects with the help of private builders.

This entire area is divided into 109 sectors and on an average each sector is about 250 ha to 350 ha, and is anticipated to accommodate about 80,000 to 1 lakh population, the DDA had earlier said.

Also, for ensuring holistic, smart, sustainable strategy for planning and development of the sectors in land pooling areas, the Authority had given final approval for Additional Development Control (ADC) norms for areas notified under Land Policy 2018, officials had earlier said.

The development is envisaged for about 20,000 ha of land to meet the future requirements of the capital city, and 20 lakh new houses shall be constructed, of which six lakhs houses will be reserved for EWS housing accommodating a total of 80-100 lakh people over the next 20 years, the DDA said.