AMD will use the new office space to expand its operations in the city. The office is expected to be operational by the end of this year. The company signed a 10-year lease in May. 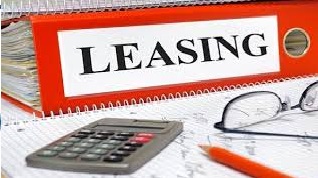 US-based multinational semiconductor company Advanced Micro Devices (AMD) has leased around 500,000 sq ft office space in Prestige Group’s commercial property in Bengaluru, Prestige Technostar, in one of the largest office deals in the southern market in 2022.

AMD will use the new office space to expand its operations in the city. The office is expected to be operational by the end of this year.The company signed a 10-year lease in May.

“This is a single-tenant deal and has been registered. The company will pay a rent of Rs54 per sq ft,” said a person aware of the deal.

AMD will pay rent of around Rs 31.5 crore annually, mentioned a lease deed shared by Propstack.

“AMD currently operates out of multiple locations in Bangalore, including one of prestige’s existing properties. The deal reaffirms the interest shown by the large corporations for office spaces in Bangalore,” said another person.

Cushman & Wakefield, the transaction advisor to the deal, refused to comment.

Prestige Group is looking to strengthen its commercial portfolio across major cities and has 43 million sq ft of ongoing and upcoming projects planned across markets like Pune, Bengaluru and Hyderabad.

The firm has leased over 1.5 million sq ft of office space since the beginning of this year to edtech and technology firms like HP and Byju’s that closed earlier this year.

Leasing activity is expected to strengthen further in the coming quarters because of a combination of pent-up demand, expansion and consolidation-led leasing as occupiers start to realign their post-pandemic business strategies.

“We expect the office segment to return to its pre-Covid momentum in the next few quarters as the Indian economy strengthens. The significant increase in hiring and the pent-up demand of the past eight quarters are expected to drive market volumes in the remainder of the year,” said Shishir Baijal, chairman and managing director, Knight Frank India