MahaRERA member B D Kapadnis directed the builder to pay the complainant 9% simple interest on the Rs 1 crore that was paid in April 2014 till handing over the possession of seven shops in a redevelopment project at D N Nagar in Andheri (W). 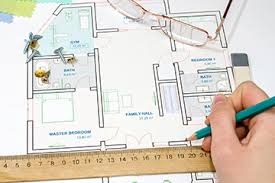 The Maharashtra Real Estate Regulatory Authority (MahaRERA) has restrained a builder from making any changes to a sanctioned plan without following the provisions laid down under Section 14 of the Real Estate (Regulation and Development) Act (RERA) which requires prior consent of two-thirds of the buyers.

After issuing the order, MahaRERA member B D Kapadnis on January 28, directed the builder to pay the complainant 9% simple interest on the Rs 1 crore that was paid in April 2014 till handing over the possession of seven shops in a redevelopment project at D N Nagar in Andheri (W).

The complainant, S R Prasad, had booked seven shops for a marine institute in the project and had paid a little over Rs 1 crore or almost 40% of the price and was promised possession by March 31, 2014, said his lawyer Nilesh Gala.

Complaining that the builder was ‘unilaterally’ trying to modify the plan sanctioned by the BMC, which is in violation of Section 14 of RERA, Prasad sought orders to prevent any changes to plans, fixtures and fittings, and amenities. With possession delayed, Prasad also sought interest on his investment, which the RERA provides for at a rate which is 2% higher than that of State Bank of India.

But the builder said the delay was for reasons beyond his control. The aviation authority, he said, had refused to give height clearance beyond 56min August 2013.

The builder said that in 2006, Mhada gave approval for reconstruction of the housing society with 320 members and the commencement certificate was received the next year. Five buildings were demolished, said the builder’s lawyer Vidya Nair, and while one building was vacated, two others weren’t.

The builder said as the shops could not be constructed, in 2015, the society approached the Bombay high court to seek enforcement of their development agreement.

In October 2015, the HC referred the society-builder dispute to an arbitrator. The two parties agreed to get a new plan for 104 members after housing 216 others in the six buildings already constructed on the plot. The builder said that he had to pay Rs 80 crore as premium to amend the plans for the two buildings that were not vacated. “The project became commercially unviable due to the delay”, but the builder said he was ready to construct, if funds were available. He even offered to refund the money received for the shops or give two additional shops instead.

Section 14 of RERA casts a liability on the promoter to complete the project as per the sanctioned plans and not make any alterations to the plan of an apartment or shop without the buyer’s consent. The builder cannot also modify the sanctioned plans for the building and common areas without written consent of two-third of allottees, other than the promoter, said the MahaRERA order that was issued last month.