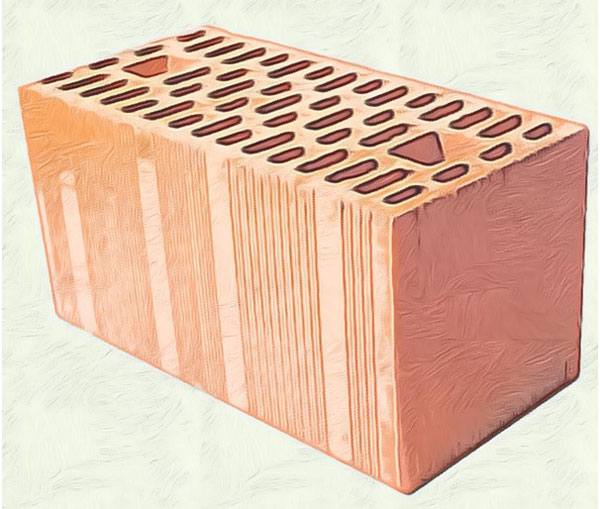 Porotherm® Bricks are designed to provide better efficiency, durability, ease of use while constructing houses, office buildings and other infrastructure facilities. They are horizontally or vertically perforated clay bricks. They are manufactured in a variety of sizes from natural clay, coal ash, rice husk, and granite slurry. They help in providing a walling system which aids in thermal insulation resulting in cooler interiors in hot summer and warm interior in cold seasons. These clays apart from being environmentally friendly, they are economical and easy to use. There are two types of Porotherm® Bricks namely,  Non-Load Bearing Clay Hollow Blocks and Load Bearing Clay Hollow Blocks.

Porotherm® blocks are made up entirely of natural ingredients such as rice husk ash, sawdust, coal ash, etc. Hence, there is no release of harmful toxins into the atmosphere. They are also recyclable and save a considerable amount of energy from being wasted.

Porotherm® bricks are prepared by baking them at a temperature of over 10000 Celsius. This building material has a high rating for fire. It can keep harsh temperature outside a building from entering inside and maintain comfortable airspace within the interiors.

Porotherm® bricks are natural insulators against the transmission of sound. They are dense and resist the passage of noise through them. A U-value shows the ability of the material to withstand thermal and acoustic elements from passing through it.

Porotherm® bricks are made such that they display high compressive strength. They can also be recycled and reused thereby, not disturbing the natural cycle of the environment.

During the curing process, bricks are processed to retain its moisture and to avoid the formation of cracks in the material. Porotherm® bricks take much less time to cure than conventional bricks and require at least 95% less water utilisation.

The bricks are at least 60% lighter than the ordinary bricks that are used in construction. However, they do not lack any characteristics due to their mass. A considerable amount of dead-load is taken off the structure. They are extensively used to build both load-bearing(HP) and non-bearing walls(VP). Since there is less material being used, construction time is automatically reduced.

The usage of porotherm® bricks in construction saves a substantial amount of money as there is less usage of steel and other building materials.