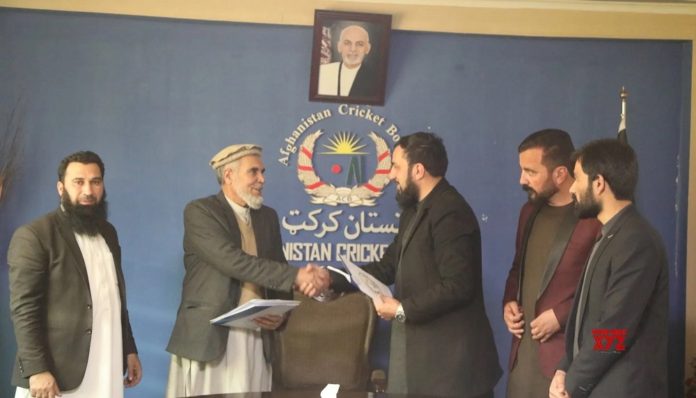 The Afghanistan Cricket Board (ACB) has signed an official contract with Noor Matoon Construction Company for the second phase construction of Najeeb Tarakai Cricket Stadium in Nangarhar.

In a statement, ACB informed that the second phase construction activities will consist of surrounding walls, oval ground, borowell, water tanks as well as the levelling of the ground.

The construction will start from February 13 and will be completed in a period of seven months, the statement added.

Last year in December, ACB had secured land for a new state-of-the-art stadium in Kabul.

Afghanistan President Mohammad Ashraf Ghani had allocated 120,000 square meters of land in Alokhail area of the capital city for the construction of the stadium.

Afghanistan used to host teams in Sharjah (2010-16) after their inception in international cricket. Then they had their adopted home ground in India in Greater Noida (2017) and Dehradun (2018-19) which was then shifted to the Ekana Cricket Stadium in Lucknow in 2019.