Use of fly ash bricks for govt buildings in Bihar to be made mandatory: Deputy CM

Sushil Kumar Modi gave details of the other recent initiatives taken by the government to address environmental concerns of people in the state and improve air quality in Patna, Muzaffarpur, Gaya, Bhagalpur and Hajipur. 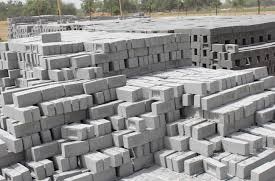 Deputy CM Sushil Kumar Modi on Thursday said the state government would adopt a policy soon making the use of fly ash-based bricks in the construction of all government buildings mandatory, as part of its initiative to protect the fertile top soil of arable and other land which is otherwise used in the making of bricks.

Modi said the government has periodically taken initiatives to improve and monitor air quality too. “In accordance with the same, the use of all 15-year-old diesel-based government vehicles was banned in the state. Similarly, the use of 15-year-old vehicles has been banned in the areas falling under Patna Municipal Corporation and urban local bodies of Danapur, Khagaul and Phulwarisharif,” Modi said.

The deputy CM was addressing the pre-budget consultative meet on environment conservation and pollution control organized at the auditorium of old secretariat to solicit suggestions from participants for likely consideration for inclusion in the 2020-21 state budget. Principal secretaries of finance and environment departments – S Siddharth and Dipak Kumar Singh, respectively – and Bihar Pollution Control Board chairman A K Ghosh also participated in it.

Modi gave details of the other recent initiatives taken by the government to address environmental concerns of people in the state and improve air quality in Patna, Muzaffarpur, Gaya, Bhagalpur and Hajipur.

“UNDP and Hindustan Coca Cola Beverages Private Limited have been engaged to establish a unit at Gardanibagh (Patna) for processing plastic waste materials with 5 tonne per day processing capacity. Four medical waste material management units have also been working – one each at Patna, Muzaffarpur, Bhagalpur and Gaya,” Modi said.