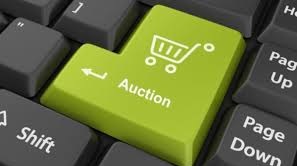 Hoping to raise about 2,000 crore through the sale of open plots and lands in three districts of Hyderabad Metropolitan Development Authority (HMDA), seven other districts as well as Rajiv Swagruha flats at Bandlaguda and Pocharam, the state government has begun the mega land auctions on Monday.

As part of this, more than 450 open plots in HMDA limits and another 2,400 plots in seven districts have been put up for auction, which will be sold between November 14 and 23 both through e-auction and physical auctions.

Officials said a land auction for 87 plots in Bahadurpally in Medchal-Malkajgiri district was held on Monday and will continue today (Tuesday). Auctions for 145 plots in Thorrur, 14 plots in Thurkayamjal and 110 plots in Kurmalguda in Rangareddy district will be held between November 16 and 22. Auction for one commercial plot in Mahbubnagar will be held on November 23. On Tuesday, the government decided to allot leftover Rajiv Swagruha flats at Pocharam and Bandlaguda on a lottery basis.

“There was an overwhelming response to the pre-bid meetings for the open plots as HMDA and government lands are litigation free and bank loans are available without any hassle,” a senior official of HMDA said.

When it comes to the district land auctions, open plots were sold in districts such as Adilabad, Karimnagar, Kamareddy, Mahbubnagar, Nizamabad, Nalgonda and Vikarabad. Interestingly, for institutional buyers, 15 acres of land at Alampally and 3.5 acres in Gangaram in Vikarabad were auctioned on Monday (November 14).

“Many plots were unsold in the earlier auctions. Now, the sizes being made available measure around 100 sq yards. Upset price in some districts like Mahbubnagar begins at 6,000 per sq yard and the highest is 40,000 in Turkayamjal,” said officials.

Sources said the amount earned from the auctions would be utilised for government welfare schemes such as Dalit Bandhu, and also infrastructure improvement works.

MIDC plot transfers to third party are under GST scanner