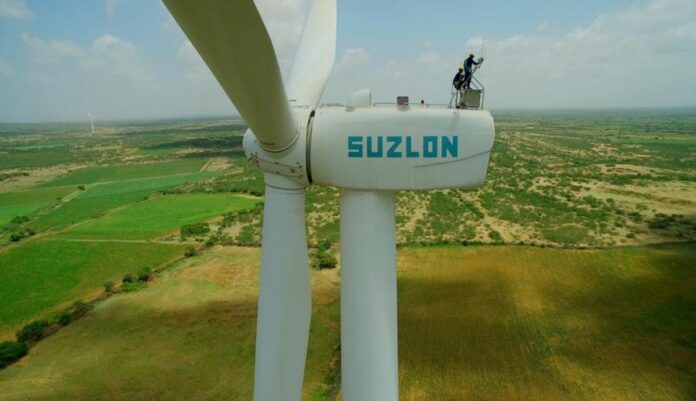 Shares of Suzlon Energy were locked in the 20 per cent upper circuit at Rs 10.57 on the BSE in Monday’s intra-day trades amid heavy volumes. The average trading volumes at the counter jumped 1.5 times with a combined 228 million equity shares changing hands in less than an hour of trades on the NSE and BSE. There were pending buy orders for a combined 45.83 million shares on both the exchanges, data shows. In comparison, the S&P BSE Sensex was up 0.6 per cent at 59,160. Suzlon Energy on September 5, 2022 said that inadvertently; SBICAP Trustee had mentioned name of ‘Adani Green Energy Limited’ as the ‘Target Company’ in its reporting, instead of ‘Suzlon Energy Limited’.

“In the context, we wish to clarify that encumbrance has been created by the Promoters of the Company in favour of SBICAP Trustee only for securing the obligations of the STG towards REC led consortium and not in anybody else favour nor for any other purpose. It is further clarified that there is no existing or new pledge by the Promoters in favour of Adani Green Energy Limited,” Suzlon Energy said in exchange filing.