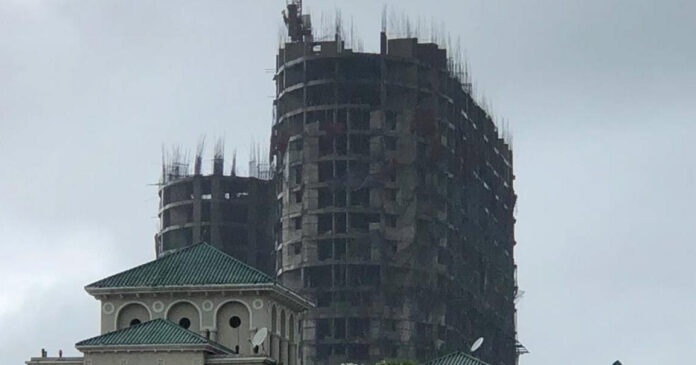 The Supreme Court ordered demolition of twin 40-storey towers of Supertech’s Emerald Court project in NOIDA here for violation of building by-laws.A two-member bench of Justices DY Chandrachud and MR Shah slammed the illegal construction of the two buildings. The residential towers in Uttar Pradesh’s Noida – which house over 900 flats and were built by real estate firm Supertech – will be demolished over the violation of construction by-laws.

People who had bought homes in these projects must be refunded in two months, and the cost of demolition, which must take place in three months, is to be borne by Supertech, the court ruled.

The court said the construction of Supertech’s twin 40 storey towers having 915 flats and shops was done in collusion with NOIDA authority and the high court was correct in holding that view. The bench said that demolition exercise of the twin towers be carried out within three months under the supervision of NOIDA and an expert agency and the cost of the entire exercise has to be borne by Supertech Ltd. The top court said that recently it has seen rampant unauthorised construction in metropolitan areas in collusion with planning authorities and it has to be dealt with sternly.

“This construction dilutes safety standards (and) illegalities have to be dealt with strictly. (The) sanction given by Noida authorities is violative of building regulations… goes against minimum distance requirements between towers… fire safety norms have been violated… garden area was violated to construct the towers,” the court pointed out.

Supertech had defended its construction by insisting there was nothing illegal. Among other arguments made by Vikas Singh, the lawyer representing the company, was that the residents welfare association that filed the case did not exist when construction started.

The court also demanded to know why and how the Noida authorities, in their “eternal wisdom”, permitted large construction projects such as this in a designated ‘green area’.

The two towers – Apex and Ceyane – of Supertech’s Emerald Court Project – together have 915 apartments and 21 shops.