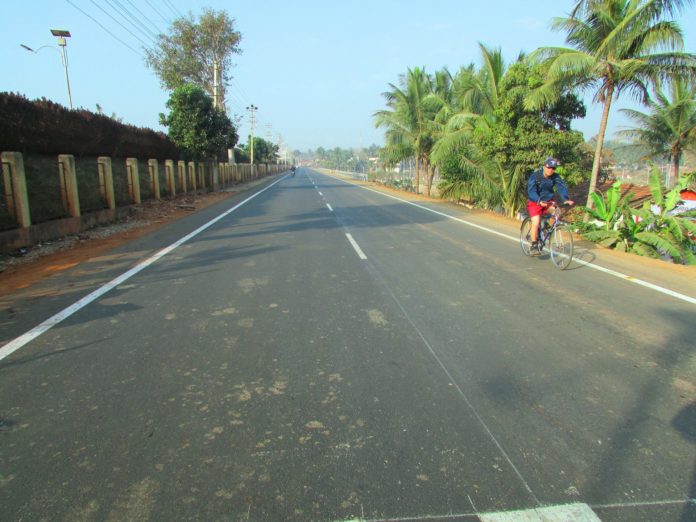 Odisha, like last five consecutive years, keeps up its high performance level in construction of Pradhan Mantri Gram Sadak Yojana (PMGSY) roads defeating the adversities of Covid-19 pandemic during the current year, with grounding of 340 projects sanctioned under the first batch of PMSGY-III.

Reviewing the progress made so far, Chief Secretary Mahapatra gave in principle approval to new 543 road and 77 bridge projects spreading over 114 blocks of nine districts as second batch projects under PMGSY-III.

While complementing the department for high rate of performance during the last years, Mahapatra directed to continue the quality check at different stages of construction and do proper planning for post-construction maintenance as well.

Presently, the modern equipments like vibrators and pavers are being used extensively for maintaining the high quality construction”. While the modern vibrators strengthen the road basement, the pavers ensure uniformed spread of the black toping material in defined measures”.Jena added, people have expressed satisfaction over the kind of construction as per the feedback collected from the ground level through state quality monitoring mechanism.

Additional Secretary and Director Rural Development Sudarshan Parida presented details of the new 543 projects containing around 3435 kms of road and 77 bridges estimated around Rs. 2229 cr for consideration in the meeting. These projects were from nine districts namely Bolangir, Bhadrakh, Ganjam, Kendrapara, Khurdha, Malkangiri, Mayurbhanj, Nayagarh and Puri. Development Commissioner Jena appraised that these roads were prioritized basing on the value derived from the number and kind of service utilities (educational institutions, health facilities, rural markets, etc ) and the villages that the roads were supposed to serve. After due consideration, Chief Secretary Mahapatra gave in principle approval to the projects for onward transmission to Government of India.

It may be pertinent here to mention that Odisha achieved first position at national level in implementation of PMGSY for last five consecutive years up to 2020.