The Jaypee management, however, claimed that ‘insurance’ is a component mentioned in the maintenance agreement with buyers. 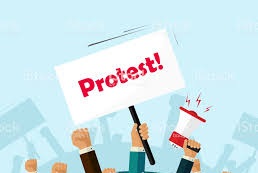 Residents of Jaypee Wish Town staged a protest on Saturday against the developer for raising an “insurance fee”, clubbing it with this year’s quarterly maintenance bill and deducting the entire amount from pre-paid electricity meters without their consent.

The Jaypee management, however, claimed that ‘insurance’ is a component mentioned in the maintenance agreement with buyers.

Around 10am, more than 150 residents gathered on the Wish Town campus and protested against the “hiked” upkeep bills. The residents claimed that depending on the size of their flats, they were charged anywhere between Rs 500 and Rs 1,500 under the insurance head for the January-March quarter.

According to the residents, insurance is one of the three components which has been merged with maintenance and deducted in one go from their pre-paid electricity meters. Earlier, the developer used to raise quarterly upkeep bills only under two heads — maintenance and solid waste.

Sanjay David, a resident, said, “This quarter, the residents were compelled to pay maintenance charges ranging between Rs 9,000 and Rs 20,000 — a 50% year-on-year increase. This amount also includes the Rs 500-Rs 1,500 insurance fee.”

“What’s shocking is that the entire upkeep fees have been deducted from pre-paid meters and that too, without our consent,” he added. And those who did not have sufficient balance in their pre-paid meters, residents alleged, the maintenance office had abruptly disconnected the power supply to their flats.

The maintenance of Jaiprakash Associates Limited flats are currently done by the builder himself.

Ajit Kumar, an advisor to Jaypee group, told TOI, “We have insured the properties of Wish Town — mainly the towers and the common areas against damage — and have been paying premium for the past five years. The cost of the insurance has now been passed on to the residents as per the maintenance agreement. We met the buyers on Saturday and asked them to meet us on Monday again for some negotiations.”

Residents said they had approached the Noida Authority on the hidden costs. “We have already submitted a written complaint to Noida Authority CEO Ritu Maheshwari,” said Tyagi. Noida CEO Maheshwari said, “I am not aware of this case.”