Commercial building owners have been asked to link their PAN card details or GST number with the property tax number. 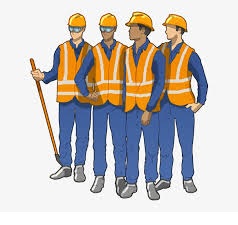 The state government is yet to take a final call on whether ‘self-declaration’ after 90 days of work can be allowed for construction workers, rather than the latter getting the same certified by a supervisor for registration with the Board of Construction Workers (BoCW).

The Centre recently directed all states to take a call on allowing this self-declaration so as to speed up workers’ registrations with the board and ensure that they get all benefits.

The Building and Other Construction Workers‘ (Regulation of Employment and Conditions of Service) Act, 1996, clearly mentions the 90-day work period as a criterion.

The state labour department’s office said that Maharashtra will evaluate if this can be implemented as there is a fear of “false declaration” to avail benefits.

Labour department officials said currently, unorganised workers, especially the floating population working at different sites, should note down the number of days of work from their respective contractor.

They should validate it upon completing 90 days of work by the district labour official to get registered with the board.

Mahendra, a construction worker who moved to the city from West Bengal around six months ago, said that he has submitted his application, but his supervisor is yet to register him as a worker so that he and his family can get certain benefits. He said, “The system should be more simplified.”