With this, Jaipur Metro will be extended 2.85km towards Walled City side. This extension will have 2.26km of underground tracks and 0.59km of elevated tracks. 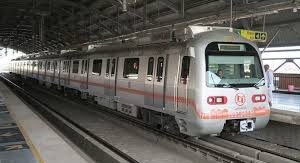 Chief minister Ashok Gehlot on Monday gave the nod for the much-awaited Line 1-C extension of Jaipur Metro from Badi Chaupar to Transport Nagar. With this, the entire stretch of 16.5 km of the Line 1 of Jaipur Metro got sanctioned by the state government.

“To make Metro facilities more accessible to residents of Jaipur, Gehlot has given the financial approval of Rs 993.51 crore for the construction of Line 1C. This phase will connect Badi Chaupar to Transport Nagar,” a press release from the chief minister’s office.

With this, Jaipur Metro will be extended 2.85km towards Walled City side. This extension will have 2.26km of underground tracks and 0.59km of elevated tracks.

Two new stations will be added to Jaipur Metro Line 1 – Ramganj and Transport Nagar. Earlier on October 29, the Gehlot government had given a financial approval of Rs 204.81 crore for the extension of Line 1D of Jaipur Metro from Mansarovar to Ajmer Road.

On October 30, TOI reported that this decision has fumed a section of Metro officials as they believed that extension for Line 1-C of Jaipur Metro would have been more feasible for Jaipur Metro Railway Corporation (JMRC).

Officials said since the inauguration of Jaipur Metro on June 2, 2015, it witnessed a daily footfall of only 1,800 passengers on an average for the first five years. But after Chandpole and Badi Chaupar were added to the Metro line on September 23, 2020, the figure rose to 35,000 in the last two years.

“Extending Metro services on Transport Nagar side is always more feasible than extending it on the Ajmer Road (200-feet bypass) side, given the density of population in Walled City. It’s a good move that chief minister has finally given the nod for Line 1-C extension,” a Metro official added.