Ariisto’s housing project was planned in Mumbai’s Mulund on an around 30-acre land parcel. According to industry sources, the development potential of the land could be around 6-7 million sq ft. 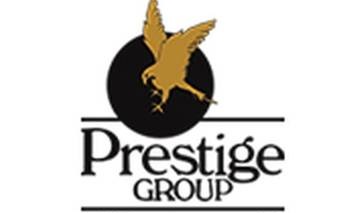 Prestige Estates Projects emerged as the highest bidder to take over the cash-strapped Ariisto Developers’ project in Mumbai’s suburb, Mulund. This is likely to be the largest project for the Bengaluru real estate developer in Mumbai.

Prestige emerged the highest bidder in the Ariisto Developers insolvency proceedings and the Mumbai bench of the National Company Law Tribunal (NCLT) is believed to have pronounced the order on Tuesday, a person in the know of the developments said. According to the resolution plan, Prestige will pay an upfront amount of Rs 370 crore to the creditors and allot around 8 lakh sq ft of commercial area to be developed as part of the project.

No response was offered by Prestige Estates Projects till the time of the story going to the press.

Ariisto’s housing project was planned in Mumbai’s Mulund on an around 30-acre land parcel. According to industry sources, the development potential of the land could be around 6-7 million sq ft.

The NCLT’s Mumbai bench had in November 2018 admitted insolvency proceedings against Ariisto Developers, which owed around Rs 2,500 crore to lenders, including Piramal Capital, HDFC, IIFL Trustee and Indiabulls Housing Finance. Besides, there are around 500 homebuyers.

In August 2019, the Mumbai bench of the NCLT had called for submitting fresh expressions of interest (EoIs) from prospective buyers for the second time after lenders rejected the resolution plan submitted by a Mumbai-based developer.