Pay with 9% interest to buyer till possession-MahaRERA

According to the complaint, Deepak Mandlik had booked a flat in the project on December 9, 2014. Though the promoter had agreed to hand over possession by December 31, 2016, the project is still under construction. 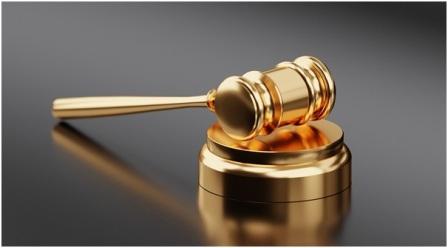 MahaRERA in a recent order directed Unmesh Joshi, promoter of Kohinoor City at Kurla, to pay a home buyer 9% interest on the amount paid by him till possession of the flat was handed over.

The complainant had booked the flat in 2014 and had paid over Rs1 crore. The developer had initially promised possession by 2016, but later revised it to June 2021. MahaRERA member BD Kapadnis rejected the contention of the developer that the complainant was not entitled to seek interest for delayed possession as an agreement for sale had not been executed.

According to the complaint, Deepak Mandlik had booked a flat in the project on December 9, 2014. Though the promoter had agreed to hand over possession by December 31, 2016, the project is still under construction. Mandlik paid over Rs1 crore of the total Rs1.74 crore, but no agreement for sale was executed by the developer.

The home buyer, represented by advocate Anil D Souza, approached MahaRERA seeking an interest on his investment from 2016 till the time of getting possession of the flat on account of delayed possession under Section 18 of RERA and also sought execution of an agreement for sale.

The promoter, represented by Akshay Bidaye, contended that as per the current status, the project would be completed by June 30, 2021 and also claimed that the complainant had not come forward to execute the agreement for sale. It was also pointed out that Rs 45 lakh was outstanding dues toward the flat. It was also argued that since the agreement for sale had not been executed, the complainant was not entitled to seek interest for delayed possession.

However, Kapadnis observed that any aggrieved person can file the complaint under section 31 of RERA. He also said the allottees had paid over Rs1crore, which is more than 10% of the total consideration and Section 13 of RERA lays down that the promoter is not entitled to receive more than 10% of the total amount without first executing and registering the agreement for sale. The developer’s demand for interest on accrued arrears was rejected.

Kapadnis directed the promoter to execute the agreement for sale and pay the complainant interest from January 1, 2017, besides Rs 20,000 toward costs.