​Railway Minister Ashwini Vaishnaw reviewed the progress of the project in Surat and Navsari districts of Gujarat on Monday and said he was confident that the first train will start running run between Surat and Bilimora in the state in 2026. 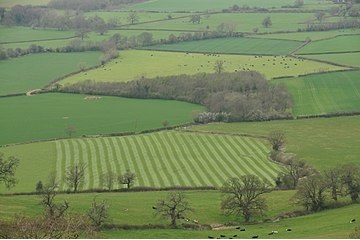 Over 90 per cent of the total land required for the ambitious Ahmedabad-Mumbai bullet train project spread across Gujarat, Maharashtra and the Union Territory of Dadra and Nagar Haveli has been acquired, the project’s implementing agency NHSRCL said on Monday.

Railway Minister Ashwini Vaishnaw reviewed the progress of the project in Surat and Navsari districts of Gujarat on Monday and said he was confident that the first train will start running run between Surat and Bilimora in the state in 2026.

The high speed bullet train is expected to cover the 508-km journey from Ahmedabad to Mumbai in 2 hours and 58 minutes, as against the current travel time of over six hours.

Out of 1,396 hectare land required for the project, 1,260.76 hectare, or 90.31 per cent, has been acquired as on June 5, said the National High Speed Rail Corporation Limited (NHSRCL), the special purpose vehicle formed to implement the project.

At 954.28 hectare, Gujarat accounts for majority of the land required for the project, covering eight districts of Valsad, Navsari, Surat, Bharuch, Vadodara, Anand, Kheda, and Ahmedabad. Of this, 942.72 hectare has been acquired, the NHSRCL said.

In Maharashtra, the project covers Mumbai, Thane and Palghar, requiring 433.82 hectare land, out of which 310.14 hectare has been acquired so far.

For the project stretch covering Dadra and Nagar Haveli, all the 7.90 hectare land has been acquired, the agency said.

As per the NHSRCL, the construction works are in various stages on all eight stations for the bullet train project in Gujarat, and 100 per cent contracts have been awarded for the construction on the 352-km route in the state and Dadra and Nagar Haveli.

The passenger terminal hub at Sabarmati, integrating the high speed rail station, Metro, Bus Rapid Transit (BRT) System and two stations of the Indian Railways, is expected to be completed by August this year, it said.

There will be 12 stations along the route of the bullet train, including eight in Gujarat and four in Maharashtra.

Its operational control centre will be located at Sabarmati in Ahmedabad. There will be three depots, – at Surat and Sabarmati in Gujarat and Thane in Maharashtra.

The foundation stone of the project, which received a soft loan of Rs 88,000 crore from a Japanese agency, was laid on September 14, 2017 by Prime Minister Narendra Modi and his then Japanese counterpart Shinzo Abe.

The Rs 1.10 lakh crore project was then expected to be completed by 2022, but faced land acquisition hurdles.