Only major state without permanent RERA is Telangana

Across India, 61,880 complaints have been disposed of by RERA authorities, until February 6 this year. 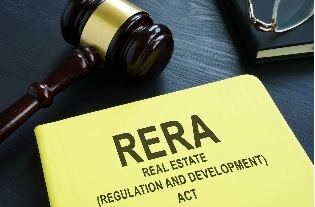 Has the Real Estate Regulation And Development (RERA) Act been given a quiet burial in Telangana? At least that’s what a quick scan of the ministry of housing and home affairs’ latest records, indicate.

Over four years after being introduced, Telangana stands out as the only major state in India that still does not have a permanent regulatory authority, an appellate tribunal (both are interim) or an adjudicating officer – all important offices listed under the RERA Act, to ensure strict implementation of the rulebook. Predictably, the state has not disposed of a single case pertaining to RERA till date, the data shows.

Across India, 61,880 complaints have been disposed of by RERA authorities, until February 6 this year.

This weak monitoring system, industry insiders claim, has resulted in RERA guidelines being flouted extensively in the state. They allege, several property dealers are resorting to pre-launch sale of homes and land parcels, even before they apply for a RERA registration number. According to them, these offers are being extended even on prominent projects coming up in Kondapur, Chandanagar, Financial District, L B Nagar among other areas. Many of these projects are even being promoted on social media platforms, without a RERA number, they add.

As per the 2016 Act, no promoter can advertise, market, book or sell any plot, apartment or building, without registering it with the RERA authority.

“They are luring customers with pre-launch offers that are often 30% to 40% lower than the launch price. To avoid a paper trail, many are signing MoUs with customers – assurance to buy the property once the RERA registration is completed – instead of accepting cheques,” said a leading realtor.

RERA officials say they are unable to take action as no complaint has been registered with them. “People only forward some messages with these violations but do not provide any details about the promoters or share contact numbers. In such cases, it becomes difficult for us to track them. If complaints are lodged, we will take action,” said K Vidyadhar, secretary, TS-RERA, refraining from commenting on the lack of a permanent RERA authority in the state.