Not to raise property tax for two years-Industries in Karnataka

“At present, gram panchayats are charging tax between 0.40% and 1% of the value of land and building which is exorbitant. GPs consider the value as per their whims and fancies as there are no proper guidelines," according to FKCCI. 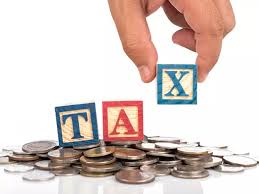 Industries in Karnataka, among other things, are expecting the government not to raise property tax for at least two more years and introduce a special slab and are demanding that power tariff be slashed by Rs 2 per unit, in the upcoming state budget.

In a memorandum to chief minister BS Yediyurappa, Federation of Karnataka Chamber of Commerce and Industry (FKCCI) noted that the power tariff in Karnataka is among the highest in India at more than Rs 8 per unit.

“What is surprising is that rates are increased by 40 to 50 paise per unit for industries every year. At present, power is purchased at less than Rs 3 per unit and even from thermal power, the cost is less than Rs 3. Hence, selling power at Rs 8 per unit is unfair and the government should direct Karnataka Electricity Regulatory Commission to review the power rate. It should be brought down to at least Rs 6 per unit,” it stated. GThe Bangalore Chamber of Industries and Commerce (BCIC), which is in the process of preparing its memorandum, also agrees with FKCCI.

TR Parasuraman, president, Toyota Industries Engines Pvt Ltd and the Bangalore Chamber of Industry and Commerce, said: “Power is a key factor that decides the competitiveness of industries, especially in manufacturing. In Karnataka, power procurement has been a challenge compared to other states, and industries want the government to reduce tariff.”

Pointing out that uninterrupted power supply is key to running machines, he said small-scale industries are struggling to cope with the problem. “To install a 1-Mw UPS system costs anywhere between Rs 80 lakh and Rs 1 crore, how can small industries afford this? The government should improve efficiency by addressing transmission and distribution losses and ensure power is affordable,” he said.

According to FKCCI, the present rate of property tax for industries is high and it has requested the government to not raise it for at least two more years. “At present, gram panchayats are charging tax between 0.40% and 1% of the value of land and building which is exorbitant. GPs consider the value as per their whims and fancies as there are no proper guidelines. The property tax may be fixed based on per acre of land owned by industries instead of value of the land and building,” it added.

Echoing these views, Parasuraman said many industries have raised the issue and said BCIC would request the government to even reduce property tax until the economic situation improves.

“There are two categories of property tax — commercial and residential. We request the state add an industrial category with nominal tax which is less than the residential category,” the FKCCI memorandum said.

As reported earlier, the government is considering introducing a separate category for industries, but there are no immediate details on whether the rates would be cheaper than the residential category.