Not glacier but disaster due to snowfall avalanche; Scientists 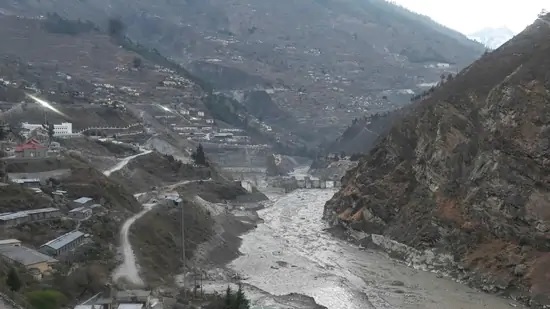 What was claimed as a glacier burst was actually a snow avalanche claimed scientists from Indian Institute of Remote Sensing and Indian Institute of Technology. The finds of the experts of IIRS, part of Indian Space Organisation was based on the satellite images from the Rishi Ganga Valley.

In its findings IIRS claimed that it has been observed from the satellite data of february 7 in the catchment of Rishi Ganga river at the terminus of the glacier a landslide triggered a snow avalanche covering approximately 14 sq km area, causing a flash flood down on the stream. It is estimated that the flash flood generated 2-3 million cubic metre of water in a short span of time.

It wasn’t a glacier outburst. There was no evidence of any kind of glacier lake in the valley as well. It is basically a snowfall avalanche, triggered by a landslide according to senior officials of IIRS.

Ajanta Goswami from the dept of Earth Sciences, IIT Roorkee, who has analysed pre and post satellite images of Rani Village and the Rishi Ganga catchment says the possible trigger of outburst was some 7 km upwards, on the eastern side of the village. He did not rule out the possibility that a part of the ice or some avalanche fell into the accumulated ice which in return triggered the massive waterflow which came down like  a high water wall because of the narrowness of the valley. When the avalanche led to the collapse of a massive chunk of ice in the glacier bed, the pockets of water were squeezed out, along with loose ice, snow and debrid. Perhaps this was the source of the water. The other theory is that temporary damming might have formed. The avalanche blocked the river’s path which might have created a temporary reservoir that breached and created the flash flood. However, the theories will be confirmed once ground information and more satellite data are available.