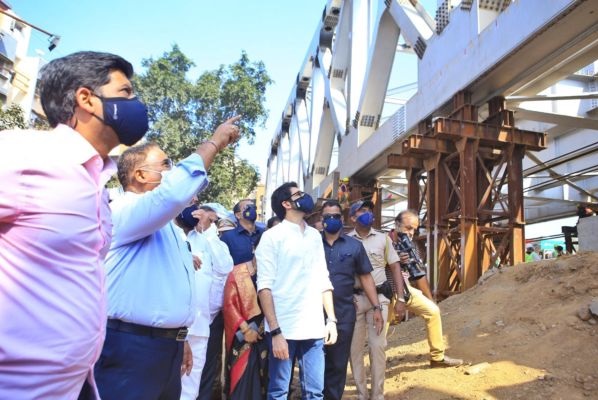 In December 2020, the Brihanmumbai Municipal Corporation (BMC) decided to construct a road over bridge (ROB), which will provide better connectivity to Ghatkopar and Vidyavihar, and ease the congestion on the busy road.

The bridge is being constructed by the BMC, after it received all clearances, including those from the railways. Besides, Maharashtra’s longest girder of 99.35 m will be installed in the eastern suburb of Vidyavihar.

For those unaware, the Central Railway (CR) again approved the designs and drawings on December 2, 2020, after it was stuck for years since 2016. The recently installed Patripul in Kalyan currently has the longest bridge girder at 76.67 metres.

The bridge will have a length of 480 m, of which 223 m will be on railway land above the tracks. Four girders, all up to 25-metres wide, will pass over the railway tracks. A senior CR official said this will be a major work that is expected to take two to three years. Officials said the project cost has shot up since June 2016, when it was earlier approved.

According to sources, the railways said that they have held meetings with the BMC to discuss the future course of action. They also stated that the civic body has to deposit around INR 63 crores to carry out the project, which will cost nearly INR 88 crores.