The BMC allows developers involved in constructing buildings up to 70 meters in 5 installments. 10% in the 1st instalment and 22.5% in the remaining 4 instalments. 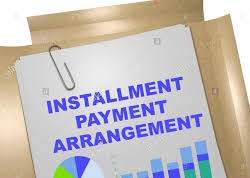 Over a year after top builders working with the BMC, Mhada and other planning authorities got the benefit, the state government approved the flexible installment facility to pay premiums for builders in the Slum Rehabilitation Authority (SRA). State Urban Development (UD) Minister Eknath Shinde approved the file after the BJP threatened to protest if the file was not approved by Monday.

“The file has been approved,” said Bhushan Gagrani, Principal Secretary, UD department. Officials said that a letter will be sent to the SRA from the UD department with the clarification this week.

Last week, the BJP had hit out at the Maha Vikas Aghadi (MVA) government for not giving installment facilities to SRA developers.

The BJP had threatened that if the installment facility for SRA builders is not started by Monday, they would launch a sit in protest outside Nirmal building in Nariman Point from where the key decisions of the Urban Development (UD) department are allegedly taken.

BJP MLA Mihir Kotecha who is the state BJP’s Treasurer had alleged that the file (to start instalment facility for SRA builders) was stuck with Shinde’s office for three months. “We thank the UD Minister for listening to the concerns of SRA builders. We have seen the importance of having a home with the toilet inside during the Covid-19 pandemic. The UD department must take decisions that help to eliminate slums and not just help top builders who make luxury housing only for the rich,” Kotecha said.

While the state government’s UD department allowed the BMC, Mhada, Maharashtra State Road Development Corporation (MSRDC) and MMRDA to allow builders to pay charges through instalments in September 2019, the SRA was left out.