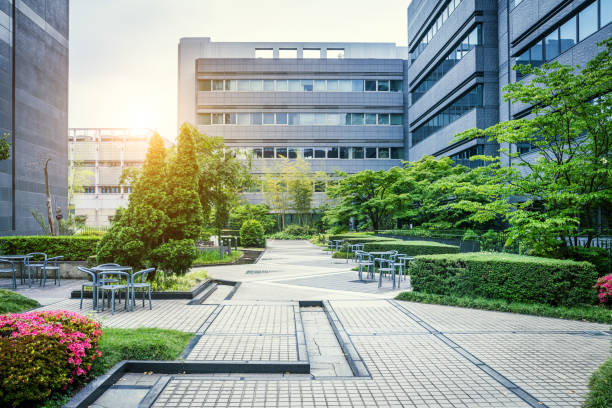 India has long been recognised as a country with immense potential, but it was often hindered by bureaucracy and red tape. In recent years, however, India has made laudable strides, with its economic growth leapfrogging other major countries, in part driven by concerted government-led reforms and sector-focused initiatives that have shaped a more business-friendly climate, particularly for foreign investment.

Today, India has forged ahead into a new era, and the country holds much promise with the largest youth population in the world1 and the second largest labour force2 globally. Investors can look forward to sustained returns from key beneficiaries of these structural advancements, particularly in the Office and Business Park sector.

Fast transitioning from its emerging market3 status, India is set to become one of the fastest growing economies in the world, with GDP growth outlook from 2022 to 2030 forecast to be 6.9% (see Figure 1), superseding Vietnam (6.3%), Indonesia (5.4%) and China (4.4%). Anchored by promising macroeconomic fundamentals and an enabling ecosystem, the country is set to accelerate its economic influence on a global scale.

Largest youth population1 in the world:

2. Recent Structural Advancements in India and its Key Beneficiaries

Notable government policies and initiatives have been rolled out nationwide to boost growth in infrastructure and key sectors in recent years. These have helped mitigate some of the key challenges that previously confronted investors, including non- transparent and unpredictable regulatory procedures, and ambiguity in major infrastructure project completions.

Earlier, the corporate income tax rates were lowered substantially in 2019, and the wider adoption of the goods and services tax (GST) reform, since its implementation in 2017, has largely reduced barriers for tax reporting and compliance.

Correspondingly, FDI into India has seen a consistent rise in the past decade and is projected to exceed US$100 billion (+29% YoY) in 2022 and to register a 13% CAGR between 2023 and 203013, in part driven by further improvements in the ease of doing business14 in the country and enhancements in foreign trade agreements.

India is recognised as a key tech hub, with its cities ranked among the top three15 in the Asia Pacific (APAC) region and among the top 1016 globally. It is also the top offshoring destination for IT companies across the world. As a result, sectors such as the Banking, Financial Services and Insurance (BFSI), Business Process Outsourcing (BPO)17 and Knowledge Process Outsourcing (KPO)18 will stand to benefit the most from the national directive towards becoming an even more digitally enabled economy.

The continued growth of the tech industry, underpinned by favourable structural macroeconomic tailwinds and demographics, should continue to bolster growth for the overall business landscape and key sectors:

A return to office is underway as occupiers have reopened offices, alongside an uptick in hiring across the ITeS and related sectors. Despite the adoption of ‘work-from-home’ or ‘work-from-anywhere’ policies to various extents by companies globally post-COVID, the nature of the ITeS industry requires a substantial part of its workforce to be onsite, primarily due to: (i) security standards tagged onto network security or

Occupiers have since adopted certain strategies to address the challenges and changes in work styles that evolved during the pandemic, including an emphasis on digitalisation, sustainability, collaboration, and health and wellness. This includes demand for quality offices and business parks which provide for larger floor plate to accommodate flexible recalibration of layouts as well as technologically enhanced spaces which include touchless technologies and HVAC (heating, ventilation, and air-conditioning) solutions.

3. Dynamics and Landscape of India’s Office and Business Park Sector

There are some distinct differences between office and business park products in India. Offices are typically located in traditional core business districts and areas with proximity to public transportation nodes, and mostly cater to small-to-medium sized corporates in non-IT sectors. Business parks in India are typically information technology (IT) parks that coexist with offices in numerous sub-markets across the nation. They can also be in special economic zones (SEZs) and / or in peripheral districts, and mainly cater to large corporations in the IT sector.

In terms of occupier profile, the ITeS sector contributed approximately 35%23 of overall absorption through the first nine months of 2022, followed by Flex Space (14%), BFSI (12%) and the remainder from Other Services24, with the demand base broadly unchanged since pre-COVID.

Sustainability in Offices and Business Parks in India

There is greater emphasis on workspace wellness and sustainability in the post-COVID world, alongside the increased awareness from key industry stakeholders25 who assign higher values to green- certified assets.

This will require asset owners to be more proactive to keep their assets competitive and to futureproof their portfolios, with a longer-term aim to meet their sustainability goals. Correspondingly, landlords are now actively seeking nationally and internationally recognised green certifications26 with a view that potential tenants are increasingly focused on this criterion.

This green transition can be achieved through a combination of initiatives, including leveraging technology and adopting clean renewable energy to power assets27. This, in return, may provide tangible financial benefits that will make these investments more economically viable across the life cycle of buildings.

With respect to transaction volumes in India, the office sector28 has been the most active asset class and accounted for approximately two-thirds of total transaction volume in the last five years (2017 to 2021). Transactional activities are largely concentrated in the top six Tier 1 Indian cities, with a market share of almost 90% over the same period.

The inherent traits of offices and business parks contribute to the investment viability and attractiveness of the asset class, underpinned by the following:

5. Investors Need to be Mindful of Structural Threats Despite the Long-term Potential

Several challenges still cast a shadow over India’s investment landscape, and this has been evidenced by less-than-stellar investment outcomes in the early 2000s. With its emerging market status, India still has catch-up to do in various aspects compared to its regional and global counterparts, including ensuring adequacy of infrastructure, and improving government and financial institutional policies to be more transparent and comprehensive.

However, structural advancements particularly at the policy level, have helped greatly in overcoming some of these challenges and have regained the confidence of prominent investors in recent times. They include some of the largest sovereign wealth investors such as Abu Dhabi Investment Authority, Canada’s CPPIB, Singapore’s GIC and Qatar Investment Authority29, who started to invest more actively in India, across varied asset classes and investment strategies, since 2010.

At the real estate market level, while institutional investment has kept momentum in spite of global economic and geopolitical headwinds, there are further considerations for investors which include: (i) the anticipated global tech sector slowdown; (ii) foreign exchange volatility of the Indian Rupee (INR)30; (iii) non-accretive leverage as a result of high financing costs31; (iv) demand-supply dynamics due to the emerging nature of select micro locations; and (v) capital expenditure into futureproofing assets to incorporate sustainability and digitalisation.

While there is still much room for improvement in enabling greater transparency of doing business in India, particularly for foreign investors, India is taking steps toward fostering a more business-friendly climate and currently sits among the top 1032 most improved countries globally in terms of real estate transparency.

The resilient demand for quality real estate and infrastructure products to support the robust growth of the Indian macroeconomy going forward will continue to drive new viable investment opportunities across varied asset classes and the capital stack.

As India continues to grow and develop, it presents an increasingly attractive investment opportunity for investors seeking exposure in this market. However, investing in India can still be complex and challenging. Navigating this market with the right partner with the requisite local market knowledge and network is essential to understanding the socio- political levers, varied demand drivers and underlying real estate fundamentals across India’s many cities and sectors.

The research paper is a part of CLI’s research series by Group Research team, in collaboration with CLI Private Equity Real Estate and CLI India teams.