Delhi-Mumbai expressway would be almost ready in December

Union Road Transport Minister Nitin Gadkari said five greenfield access control expressways are coming up and one of them between Delhi and Mumbai would be almost ready in December. 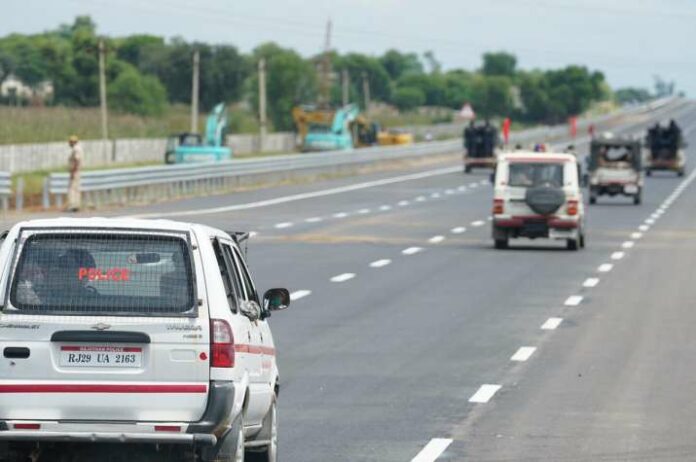 Union Road Transport Minister Nitin Gadkari said five greenfield access control expressways are coming up and one of them between Delhi and Mumbai would be almost ready in December. He said the distance between the financial capital and the national capital would be covered in 12 hours once the expressway becomes operational.

“The expressway between Delhi and Mumbai would be almost complete in December. With this, the distance between the two cities can be covered in 12 hours”, he said while addressing a function after inaugurating a 2.82-km-long tunnel road between Rewa and Sidhi worth Rs 1,004 crore.

He also inaugurated and laid the foundation stones of seven road projects worth Rs 2443.89 crore.

“The Delhi-Mumbai expressway will be 1,382 km long. It is worth Rs 1 lakh crore. Its 245-km stretch in MP which costs Rs 20,000 crore has been almost laid. It will hugely benefit the state,” he added.

“Under the leadership of Chouhan, MP has won the first prize in agriculture growth rate thrice on the trot among states during the previous UPA government’s time. I was the president of BJP at that time,” he said.

“Four things – water-power, transport and communication- are needed for industrial growth,” he added.

The Union minister said he was happy Madhya Pradesh was buzzing with development activities.

“Once it was a BIMARU (laggard) state but now MP is among those states which are excelling,” he said.

Gadkari said efforts are on to build roads around the holy Narmada river in MP to enable people to undertake its “parikrama” (circumambulation).

He also spoke about the roads with investments of crores coming up to facilitate the Narmada circumambulation.