Addressing a session on the Future of Mobility at the Bengaluru Tech Summit 2022 (BTS 2022) on Friday, Parwez said as part of the second and third phase of the project, Bengaluru will have 314 km of metro rail connectivity by 2041. He said construction of metro lines was progressing well on the airport side. 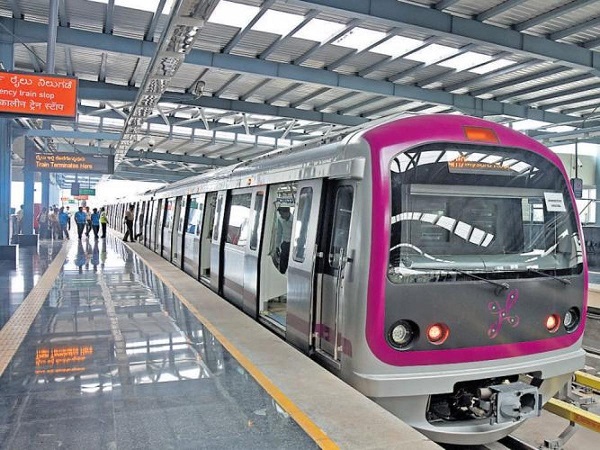 The Bengaluru metro rail project is on track to complete 175 km of commute in the city by June 2025, Bangalore Metro Rail Corporation (BMRC) Managing Director Anjum Parwez said on Friday.

Addressing a session on the Future of Mobility at the Bengaluru Tech Summit 2022 (BTS 2022) on Friday, Parwez said as part of the second and third phase of the project, Bengaluru will have 314 km of metro rail connectivity by 2041. He said construction of metro lines was progressing well on the airport side.

He said the biggest challenge in urban mobility is the integration of multi-modal transport systems and to move people to get into public transport from personalised transport modes.

Urban India was the most neglected area until the 1990s as urban planning was not in sync with connectivity or mobility issues, according to Parwez.

He said BMRCL was getting a lot of support from start-ups in mobility to ensure that commuters have last-mile connectivity. He said the Corporation is tying up with mobility providers to get people to reach the nodal point and to commute to their workplaces.

Anjum Parwez said the Namma Metro had recently gone digital with its payment options that include the use of (quick response) QR code scans and unified payments interface (UPI)-based payment options which have met with a good response from commuters. Also, he said there was no waiting time for passengers who are in a hurry as there is no need to stand in queues to buy tickets or cards now.

He said BMRCL was working on a transit-oriented development where the commuters live close to the stations and to the workplace. Besides, he said BMRCL also intends to integrate all aggregators by bringing out a mobility card for commuters.

He said the corporation was in talks with Bengaluru Metropolitan Transport Corporation (BMTC) to have bus stops at metro stations to help commuters hop on and hop off both modes of transport.

He said bike taxis and car-pooling should be encouraged although the government of Karnataka had put brakes on their operations.

The BMRCL is also working on introducing shopping options for commuters inside and outside the metro stations. He said the BMRCL plans to sell office space in metro stations and provide end-to-end solutions to all stakeholders.

Amit Bhatt, Managing Director of, the International Council on Clean Transportation (ICCT), said urbanisation in India is 33 per cent while it is 80-85 per cent in European and American countries. He said about 66 per cent of urban infrastructure is yet to be built in India as the country is set to see a number of cities being built. The biggest challenge is to ensure zero emission, zero exclusion and zero accidents in urban transport, he said.