The urban planning department of the civic body in its order stated that Sobha Limited had obtained the OC for its Sobha City project by producing fabricated documents. 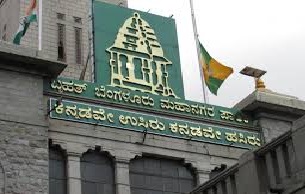 The BBMP has cancelled the occupancy certificate issued to a 2,000-unit apartment complex on Thanisandra Main Road in north Bengaluru.

The urban planning department of the civic body in its order stated that Sobha Limited had obtained the OC for its Sobha City project by producing fabricated documents. The no-objection certificate and clearance certificate that the builder claimed to have got from the fire department in 2013, 2016 and 2019 were fabricated, it said in the order issued on Saturday.

An official from Sobha Limited’s corporate communications’ team denied any wrongdoing, saying they had produced a document in 2017 which had some discrepancies, but the ones produced in 2020 had no errors. BBMP while deciding the matter considered the 2017 document and Sobha will clarify with the authorities that the latest document it produced has not been considered, the official said.

Owners of the flats are struggling to comprehend what is happening. The Palike probed the issue based on a complaint by Srinivas Rao Talla in February 2021. BBMP wrote to the fire department seeking its clarification and the latter responded by saying that it had neither issued any no-objection certificate nor clearance certificate to the apartment. It may be noted that while issuing any OC, BBMP lays down a condition that “in case of any false information or misrepresentation of facts or pending court cases, the permission shall be deemed to be cancelled”.