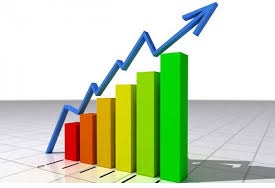 The company commands premium valuation in comparison with large-sized cement players. Given its resilient second quarter performance, analysts have upgraded its FY21 earnings forecast by 2-15 per cent.

Ramco has rarely disappointed the Street on the three key operating parameters — EBITDA (earnings before interest, depreciation, tax and amortisation) per tonne, EBITDA margin and realisation per tonne.

For instance, prolonged monsoon, weak demand and intense competition affected volumes and realisations of the industry in the September 2019 quarter.

In the past three years, it has been able to retain realisation between Rs 4,700 and Rs 4,800 per tonne thanks to the effective cost management. In the September quarter, the company’s cost per tonne of cement fell by 1.3 per cent year-on-year to Rs 3,745 per tonne.

In the next two years, the company plans to expand capacity by 4 million tonnes (MT) to 19 MT. After the expansion, which will be funded through internal accruals, the company’s debt-equity ratio will be 0.5.

At Tuesday’s closing price of Rs 794, the company’s enterprise value (EV) was 13.2 times the FY21 EBITDA implying 22 per cent premium to large-sized peers.

The premium is justified given the company’s strong focus on costs, expansion and gaining market share without sacrificing on the volumes.

MREAT orders promoter to pay back home buyers with interest