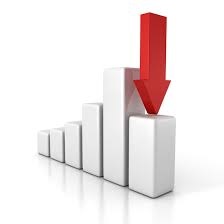 Akzo Nobel on Thursday warned of a continuing impact in its fourth quarter from high raw materials costs and too much stock as it suspended its 2023 profit guidance.

“Softening demand and destocking means more negative pressure on our margins from weaker volumes before we start realizing the long-awaited margin expansion in 2023,” said chief executive Thierry Vanlancker, set to be replaced by French businessman Gregoire Poux-Guillaume on Nov. 1st.

“We’re lowering the expectation for all the dynamics we have”, he added on the company’s fourth-quarter assumptions.

Sales volumes for the fourth quarter are expected to drop by a mid- to high-single digit percentage compared to last year. The impact from raw material and freight inflation is expected to be in the range of 210-240 million euros, the company said.

The company’s significant inventories of raw materials bought at previous high prices still have “to be flushed out of the system”, Vanlancker said.

It had so far managed to pass on costs to consumers, increasing its prices by 22% in two years.

“That inflated balloon of raw material price really is deflating pretty quickly now, and that’s going to be a bit ugly for 3-4 months until it actually gets back to normal”, Vanlancker said.

Analysts average consensus estimates stand at 1.22 billion euros for 2022 and 1.53 billion for 2023, according to a recent poll published on Akzo Nobel’s website.