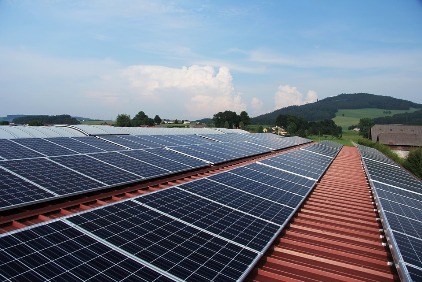 MUMBAI: Essel Group promoted by Subhash Chandra, has reached an agreement to sell 205 MW of operating solar assets of Essel Green Energy and Essel Infraprojects at an enterprise value of Rs 1,300 crore to Adani Group.

The solar assets, located in Punjab, Karnataka and Uttar Pradesh, will be acquired by Adani Green Energy. The assets have long-term power purchase agreements (PPAs) with various state electricity distribution companies, Essel Group said. The average remaining PPA life for the portfolio is around 22 years.

ET had reported on August 9 that Essel Group is in the final leg of negotiations with Adani Group to sell part of its operational solar assets and an announcement was expected this month. Essel Group’s solar energy portfolio consists of 685 MW of installed and under- construction projects. The company said it is also in talks to sell the remaining 480 MW assets.

The Adani deal is part of the divestment process of the Essel Group promoters to reduce debt and repay its lenders by September 30. The company has a debt of over Rs 11,000 crore. Last month, it announced the sale of 11% in Zee Entertainment Enterprises to financial investor Invesco Oppenheimer Fund for Rs 4,224 crore.

In an earlier interaction, Essel Group chairman Chandra had told ET that he’s confident of meeting the September 30 deadline that the lenders have set.

An Essel Group spokesperson said that the Essel asset divestment process is well within the purview of the agreed timelines with the esteemed lenders. The sale of the solar assets to Adani Green Energy is yet another positive step taken in this direction. Essel has maintained a constant process of identifying the right potential partner for the sale of its precious infra assets and it is extremely glad to sign the agreement with Adani Green Energy.
For Adani Green, this will be the first brownfield acquisition of operating assets. Adani Green Energy chief executive Jayant Parimal said that the acquisition strengthens Adani Groups position as one of India’s premier renewable power producers, with a total portfolio of around 5.5 GW, of which approximately 2.5 GW is operational, and the remaining is to be operationalised over the next two years. It expands Adani Groups footprint in states where it already have a presence, and with its strong operational expertise, will deliver significant value for its shareholders. Adani Groups remains focused on opportunities that helps it to create value for shareholders, as well as facilitate the growth of environment-friendly green power in India.

Essel Group promoters are also in talks to sell six of its 14 road projects to National Investment & Infrastructure Fund (NIIF) for around Rs 2,500 crore. These include four operational and two under-construction toll roads.

The company had earlier sold two transmission assets — Darbhanga-Motihari Transmission and NRSS XXXI (B) Transmission — to an Edelweiss fund for close to Rs 2,000 crore.